We Did It! JoomlaDay Chicago was a Hit! 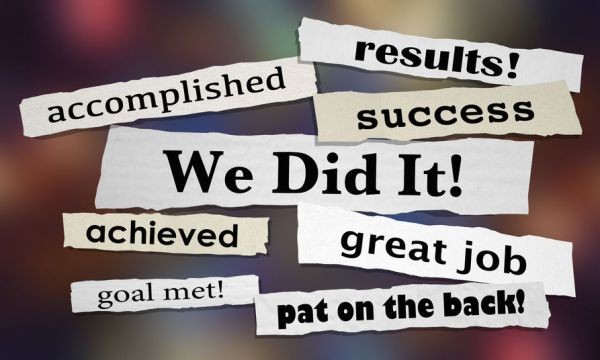 Oh my gosh!  Can you believe that JoomlaDay Chicago is done!

Despite the drop in temperatures, the (literal!) roadblocks and other stumbles, it turned out to be a GREAT day!

From the Keynote to the sessions and finally the social event, it was an all-around fantastic day.

When the planning started for this event eleven months ago, the  goal was to create an event that would continue to grow, as well as connect and advance the Joomla! Community.

Thinking about what a successful JoomlaDay Chicago would mean, the criteria came down to having:

Our Speakers and Topics

From the moment that the call for speakers went out, submissions began coming in for great topics that would appeal to different types of Joomlers, those looking to grow their business, those who were more backend coders and those who are building their websites on their own.

Initially, the plan had been for one room of sessions and one for the exam cram/exam. But there were so many great sessions there were not enough slots in the day to accommodate them all.  Fortunately, our venue, DePaul University, Loop Campus, had space available to add another room nearby. 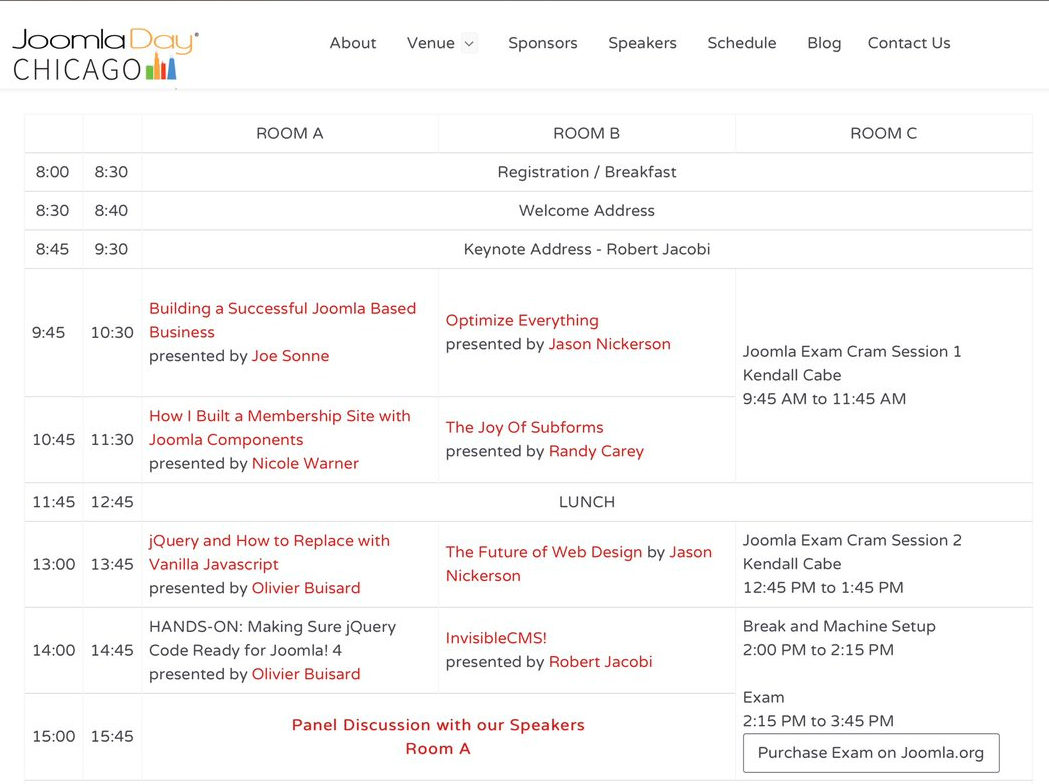 Kendall Cabe ran exam cram and joined the other speakers to participate in the Panel Discussion. 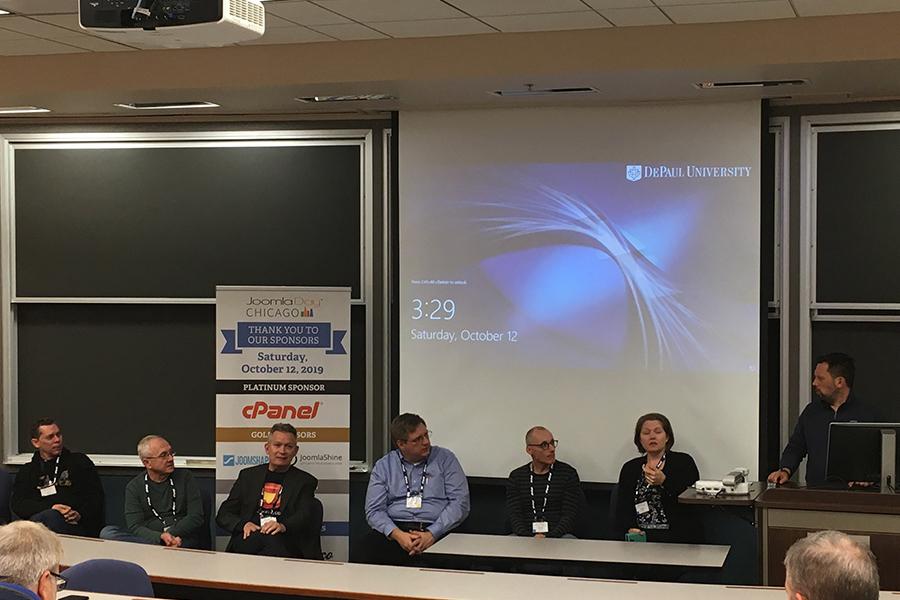 The presentations will be posted on joomladaychicago.com in a few days.

Sign-up was slow and worry began to set in.  Were the sessions as appealing to other Joomlers as they were to me? Was moving from September to October a bad move? 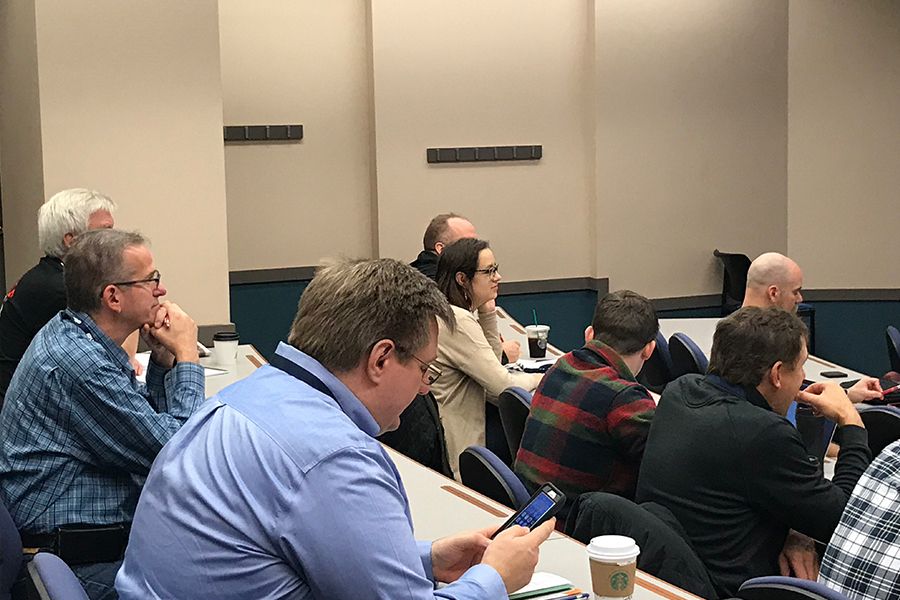 Covering the cost of the event

Events like JoomlaDay and JoomlaCamp are possible through the hard work of volunteers, registrant admission fees and sponsorships.

The funds go towards room rental, audio/visual, catering, marketing, and more.  This year’s event was generously sponsored by: cPanel, the Platinum and Lanyard sponsors;gold sponsors JoomlaShine and JoomShaper;silver sponsor and supporters OpenSourceMatters, and Danico Enterprises.

All three (3) of the stated goals were met!  There were phenomenal speakers with topics that really connected with the attendees.  We had Joomlers in every room, engaging with the speaker and each other.  It seemed that everyone took part in Robert Jacobi’s 3x3 challenge he introduced during his Keynote Address.  The 3x3 challenge was to leave having made 3 connections, identified 3 actions and come up with 3 ideas.

JoomlaDay Chicago ended at The Exchequer Restaurant and Pub, a short walk from DePaul University with appetizers, drinks and more conversation.  There was contact information being exchanged, laughter heard and lots of fun conversation. 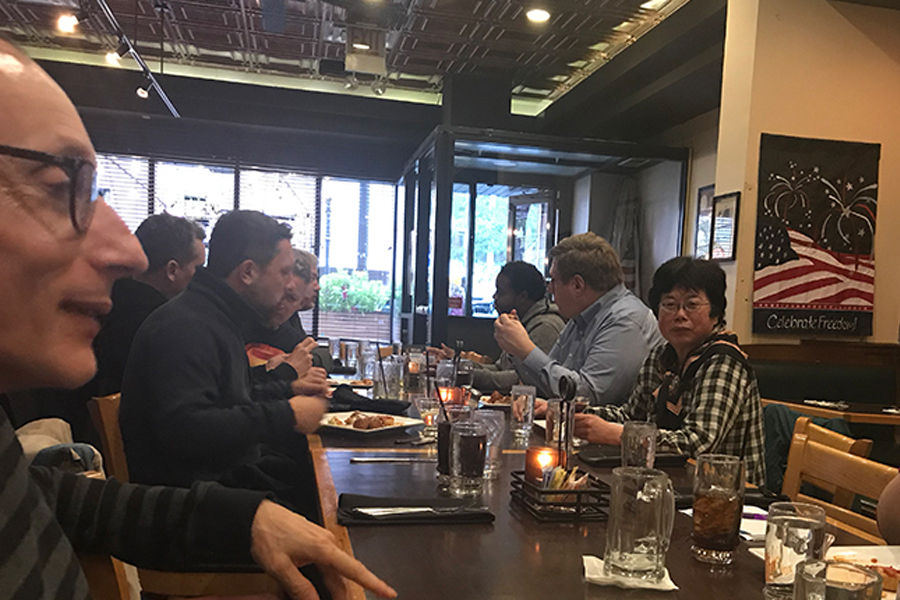 Joomla! Pizza, Bugs & Fun Had Been...Fun
There's Still Time to Join Us for PBF
Comment for this post has been locked by admin.